Just added to your cart

On Resistance and Radical Care: Books That Reveal the True Source of Collective Power 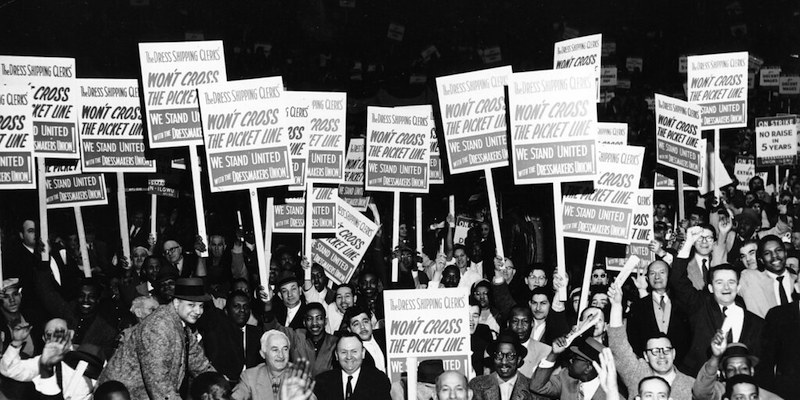 Stories about resistance movements are often organized around the thing that must be resisted. That thing, whatever oppressive form it takes, tends to hold the narrative center, while the story of its resistance—what it looks and sounds and feels like to build enough power to resist—fills the space around the system or figure that forced it into being.

This is true, in part, because resistance is a counter-force by definition. But I think there is another reason, too: resistance movements are often primarily organized to dismantle something or redistribute power from one figure to another (or a group). In the labor movement, for example, we often talk about taking power away from the boss so that workers have more power, as if power is a finite sum and organizing is akin to more evenly cleaving an orange. Our organizing, in turn, tends to focus on “the boss,” the power that corporations have, and our anger at their greed and their disregard for the workers whose labor creates their wealth.

In my experience as a union organizer, though, “taking power away from the boss” is not a good description of what actually happens on a campaign, where people are often so transformed by witnessing their own ability and capacity to fight for change that, in turn, they and their families and workplaces and sometimes entire communities are changed. My book, On the Line: A Story of Class, Solidarity, and Two Women’s Epic Fight to Build a Union is, in part, the story of a group of workers who decided to unionize despite threats and intimidation from their employer. Together, they built enough power to eventually win their years-long fight. The source of their power was not their boss, and they did not come by collective power by “taking” it from the company that employed them. Their power was made of a new substance entirely, generated and fueled by their solidarity and collective will to fight.

As a reader, I tend to crave stories like this, that focus less on what we dismantle when we fight for change and more on what we create over the course of the fight. This is a list of books that illuminate the lives and communities and worlds that are built inside movements of resistance, books that center on what it is possible to build, even as we act to dismantle. Many of them trace the resistances of communities of women, queer people, and people of color—no coincidence, as people in these groups build resistance on foundations of mutual aid and radical care out of necessity, contending with the fact that oftentimes, their very existence is an act of resistance. 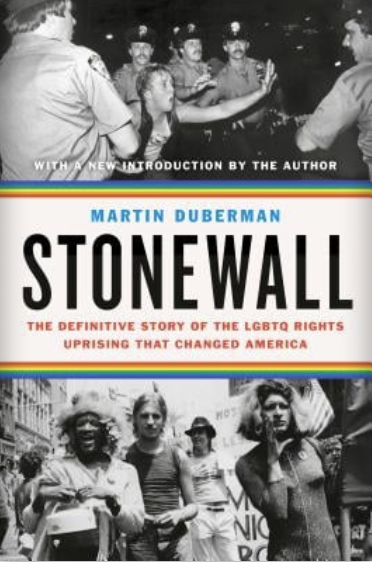 “They did something few of us ever attempt. They named what a better society might look like,” Martin Duberman writes of the Gay Liberation Front, one of the organizations built in the wake of the Stonewall rebellion. This landmark book follows the intertwined lives of six people as they help to build the movement for gay and lesbian rights that was sparked, in part, by the June 1969 riots at the Stonewall Inn. In vivid, urgent detail, activist and historian Martin Duberman reconstructs the sweltering nights of the spontaneous protest at Stonewall and the often-violent repression of the cultural moment that surrounded and led to it. More importantly, the book vibrantly illustrates what happened after the rebellion ended; the piece-by-piece process by which a movement was formed that, only a year later in 1970, demonstrated its newly built strength and numbers in the first Gay Rights March. 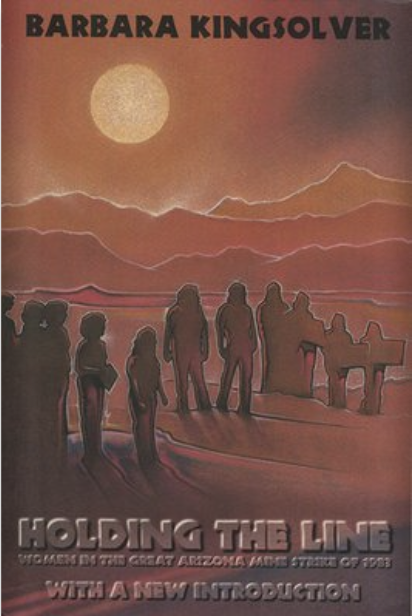 Barbara Kingsolver, Holding the Line: Women in the Great Arizona Mine Strike of 1983
(Cornell University Press)

“Nothing can ever be the same as it was before,” said Diane McCormick of the Morenci Miners Women’s Auxiliary. “Look at us. At the beginning of this strike, we were just a bunch of ladies.” In her first nonfiction book, Kingsolver paints a crystalline portrait of a group of women whose lives are transformed when an injunction bars their husbands and fathers from continuing to picket during a strike at the mine where they work. The women—some of whom, Kingsolver notes, previously had to ask permission from their husbands to leave the house—took over the picket line instead.

With chains and baseball bats they defended the mine from nonunion workers—scabs—to force the company that owned the mine to concede to the workers’ demands. By relying on lengthy quotes from her interviews with the women, Kingsolver allows them to speak loudly in the book and take up space on the page, a reflection of their growing boldness as the strike wears on. The book describes not only the fight itself but the process of empowerment that happened along with it; the community that was built anew among the women as they constructed mutual aid systems for cooking and childcare alongside strategies for the militant defense of the mine. 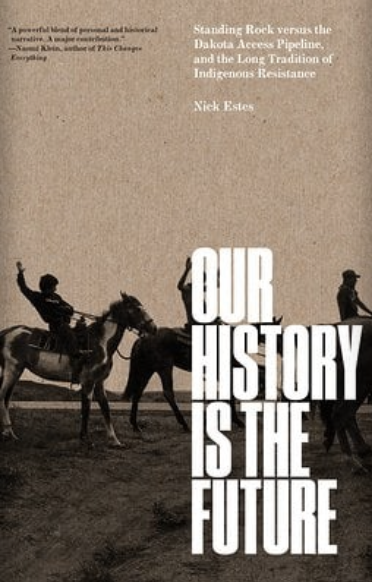 Nick Estes, Our History is the Future: Standing Rock Versus the Dakota Access Pipeline, and the Long Tradition of Indigenous Resistance
(Verso Books)

The 2016 protest to block the construction of the Dakota Access Pipeline began as a small encampment of Water Protectors, but through good organizing, it grew to become the largest movement of Indigenous resistance in recent history. This moving manifesto serves as a kind of map, not only of the histories of indigenous resistance, but of a possible future, one that stands in contrast to the violence of corporate greed and environmental destruction. With care, reverence, and an urgent voice, Estes brings to life the fabric of solidarity on which the Standing Rock camp was built and the community of cooperation and generosity that lived there. 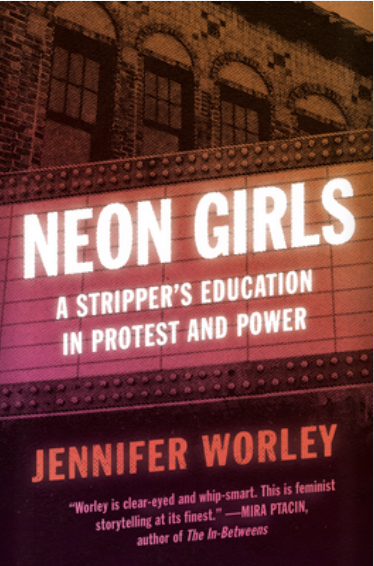 In one of my favorite scenes in this book, one of its main characters, Velvette, is being forcibly removed from a strip club by its owner who had just fired her, and Tori, another stripper, runs offstage in her G-string and jumps on the owner’s back to defend her. The live-wire energy of this scene runs through every page of Neon Girls, which is the story of the formation of the first strippers’ union. The brave women at the story’s center militantly resist their treatment as disposable labor and succeed—first in unionizing, and then in taking over the club as a worker-owned co-operative. The community of trust and care they build changes them and stands to change the entirety of the industry in which they work. Worley’s sharp character sketches and fast-paced account of the organizing drive make this book a hard one to put down. 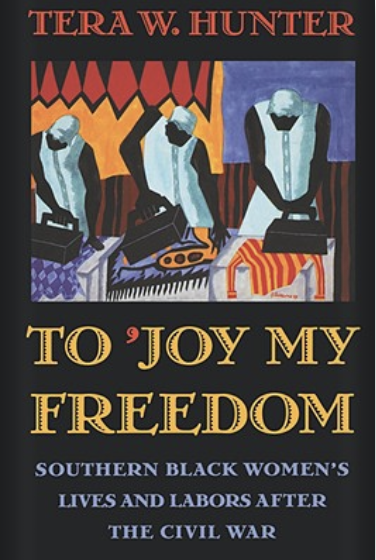 In this scholarly book full of anecdote and drama, Tera Hunter illuminates the lives of newly emancipated Black women workers in postbellum Atlanta. As washerwomen and domestic workers, Black women organized networks of resistance to their white employers’ low wage offers, inhumane treatment, and absurd demands as well as to systems put in place to keep them impoverished and medically victimized. The women she follows center their newly constructed communities not only on work and the necessity of their resistance, but also on joy, care, play, and community. The social fabric that unfolds from their leisure time, the mere existence of which was subversive, manifested in clubs and markets, dance halls, and community kitchens. This book is the story of a new world, built by Black women, with and for each other. 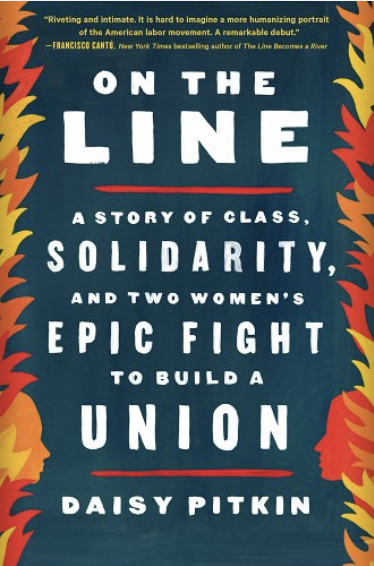 On the Line: A Story of Class, Solidarity, and Two Women’s Epic Fight to Build a Union by Daisy Pitkin is available via Algonquin Books.